5 Industries That Use Robots to Make a Difference

With advancements in technology and rising consumer demand, the use of robots in industrial settings continues to grow.

Automation that was considered impossible as recently as a decade ago is now commonplace with the capabilities of robots increasing year over year. Recent innovations in robotics have made industrial processes cheaper, faster, and more accurate.

Let’s dive into five industries that are seeing massive benefits from advancements in robotic technology.

Advancements in robotics have the potential to change a wide variety of healthcare practices such as surgery, rehabilitation, therapy, patient companionship, and everyday tasks.

For example, robots can transport supplies and medications across a hospital. While this doesn’t sound like a groundbreaking way to help, the time it saves essential works from walking back and forth from stock rooms to patient rooms is significant.

Plus, during the coronavirus pandemic, it is keeping doctors, nurses, and other staff out of harm’s way by reducing the human-to-human interactions. 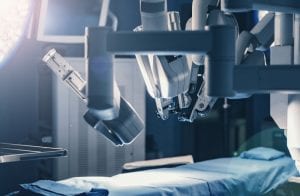 Robots helping with minor surgeries are able to make smaller and more precise incisions with less damage to the surrounding skin — and at a cheaper cost to the patient. Surgical robots are not yet performing full surgeries. Instead, they help doctors perform their surgeries with more precision.

Robots are also being used in the physical place of humans in some healthcare instances.

There are robots that act as a two-way communication device, eliminating the need for doctors and patients to be in close quarters to communicate; it’s similar to a walkie-talkie system. The doctor or nurse is still administering advice, prescriptions, and checkups, but they don’t need to communicate to patients in person.

Robotics is being used in many aspects of manufacturing to help increase productivity and efficiency while lowering production costs.

Similar to the healthcare industry, many robots in manufacturing collaborate with workers to perform repetitive, monotonous, or intricate tasks under the worker’s guidance and control.

Some tasks being performed or assisted by robots are assembly and disassembly, welding, inspecting, testing, packaging, and much more.

For example, during the pandemic, there was a spike in demand for pharmaceuticals. Mass production of vaccines and medicines has been aided by robots.

Robots are also making manufacturing safer with cameras, sensors, and automatic shut-off capabilities that enable them to sense and stay clear of humans in the workplace.

In the defense and public safety industry, robots are being used in many areas.

On a small scale, robots are acting out the security duties of police officers and other security personnel. Robots are able to scan areas and send reports back to human officers who can then investigate further. Robots can perform tasks including neighborhood watch, parking garage scans, and theft prevention. They can even recognize if a person is drunk and disorderly. 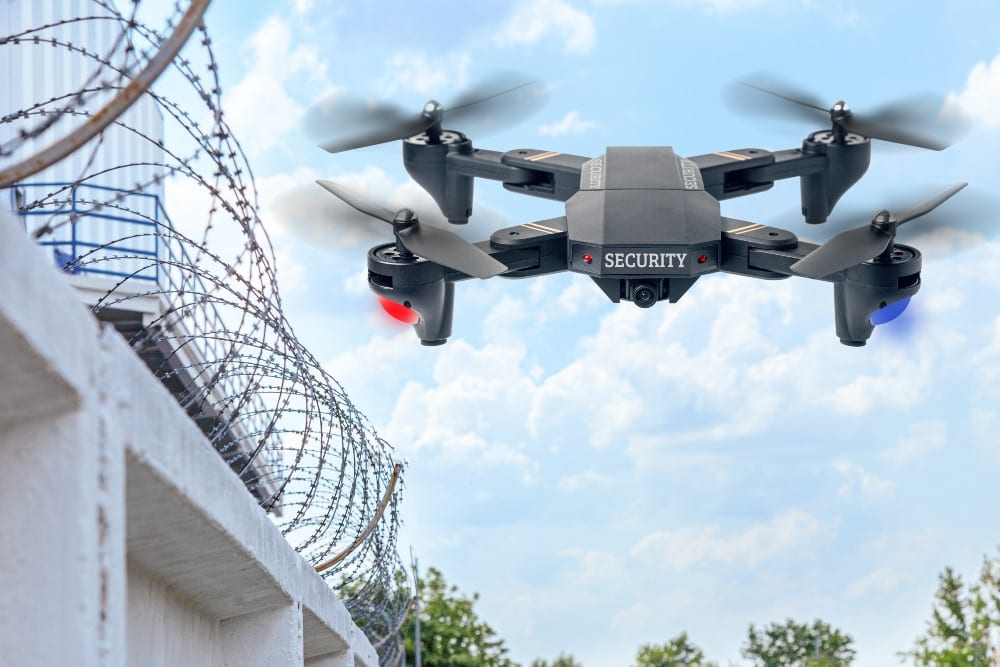 The public safety industry is also benefiting from the use of drones.

On the military side, bomb-defusing teams use robots to assess situations and dispose of explosives. Drones are also being used by the military for reconnaissance, battlefield support, and sentry duty.

They’re so effective for the military that many businesses, including Amazon, want to use them for commercial purposes.

The food and consumer goods industry is taking advantage of robotics to increase efficiency and reduce labor costs.

Machines are used for consumer goods in many areas of operation, from manufacturing to packaging and logistics.

Common tasks in the food and consumer goods industry that robots are helping with include palletizing, labeling, and inspecting.

Another advantage of robotics in the food industry is its ability to assist with food safety issues.

According to the CDC, an estimated 48 million Americans (one in six) get sick, 128,000 are hospitalized, and 3,000 die of foodborne illness every year.

When humans are involved in the assembly, packaging, or any part of the food manufacturing process, the likelihood of passing along foodborne illness increases. When robots are involved, they decrease the odds of contamination and the transfer of germs.

The use of robots in food services is a fast-evolving concept. Due to factors like new minimum wage requirements and the rising cost of raw materials, restaurants increasingly use robots to make tasks more uniform and efficient.

For years, industrial maintenance has been a dangerous job that requires human crews to either enter confined spaces or potentially expose themselves to harmful chemicals; now, robots are helping to reduce the risk of these tasks for humans.

Examples of businesses using robots to help with maintenance and cleaning are oil and gas, pulp and paper, water treatment facilities, and chemical plants.

Before implementing robotic tank cleaning, human crews had to enter tanks and clean them manually; this meant the crews had to work around toxic gases and chemicals for long periods of time.

A Better Way To Do Things

Robots are helping different industries in many ways, from speeding up production to making people’s jobs safer and easier.

Advancements in technology are happening fast and you should expect to see robots become even more common in the workplace than they already are.

Robots will help us do things we’ve never been able to do and lead to solutions that were previously out of reach.

If you focus on leveraging these emerging technologies in the workplace, you can stay ahead of the competition.

What is Sludge Removal and How Can Ecorobotics Help?Industry News and Trends
×