6 Ways Robots Can Be Used to Address Unsafe Working Conditions

For decades, industrial robots have been leveraged in the American Workplace as a means for automating manufacturing and assembly-line processes. Unlike their science-fiction counterparts, these machines are crafted to be heavyweight, dominant, and perform tasks such as welding, painting, or assembling. With today’s technological advances, however, the use of robotic systems in the workplace has become greatly diversified. Now, in addition to traditional roles, we’re seeing collaborative robots, like service robots, mobile robots, and autonomous robots, working side-by-side with workers across a number of sectors and enterprises to address unsafe working conditions.

These next-generation models are opening the doorway for a multitude of new possibilities, including ensuring the safety of their human co-workers.

The Debate: Should Robots Be Used in the Workplace?

Traditionally, industrial robots have been given tasks that are considered dirty, dull, and undesirable for human workers. When you look at it from this perspective, robots have played a major role in helping to prevent injuries and safeguard people from possible adverse health effects that can arise from hazardous working environments.

For example, some positions are incredibly risky, and loss of limbs, traumatic injuries, and exposure to chemical spills can be detrimental to human workers. Along with keeping people out of harm’s way, robots also can reduce risks derived from human error.

Related Article: How Robots are Taking Over Both Large and Small Jobs in Chemical Plants

How Do Robots Promote Safety in the Workplace?

Robots are built with the capacity to lift and move incredibly heavy objects. Some of the most perilous lifting tasks revolve around objects that humans are able to lift, but by doing so, they are exposing themselves to a myriad of risks. Repeatedly picking up objects between 15 and 50kg is very dangerous for workers. Even though workers are capable of performing these tasks, the frequency with which they would need to lift this much weight can result in bad posture, overexertion, and an increased likelihood of permanent injury. According to insurance provider Liberty Mutual, injuries due to overexertion, such as pulling, lifting, carrying, holding, pushing, or throwing objects costs employers an estimated $13.1 billion annually. 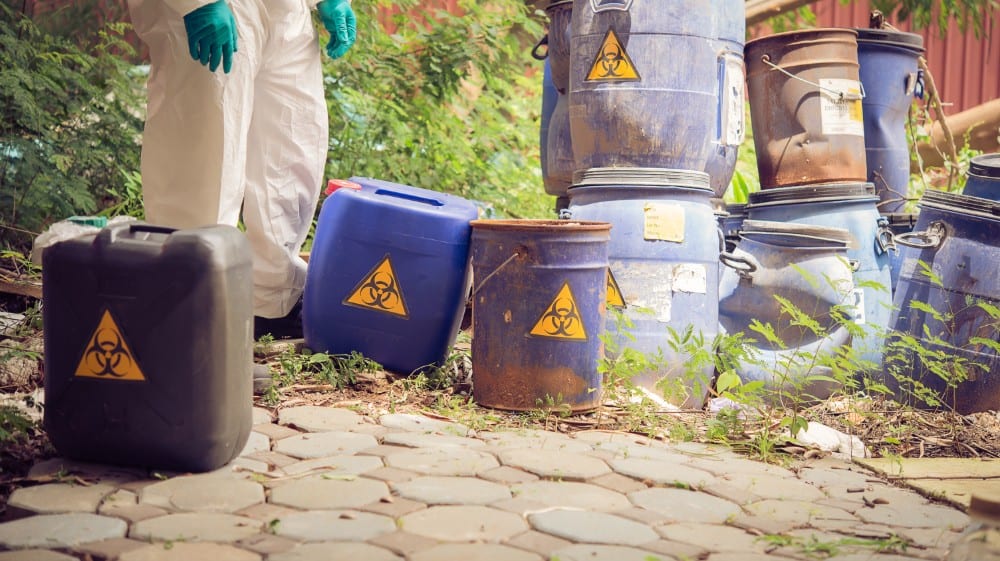 Well before the 1980s, robots were used to handle, package, and remove radioactive materials, such as waste from nuclear power plants. When there are small doses of radioactivity present, like in medical environments, workers maintain their safety by limiting their exposure to these dangerous chemicals each year. There’s no denying the substantial benefits that are gained from utilizing robots in these types of situations.

Telerobots are routinely used in the nuclear industry due to their ability to be remotely controlled by workers. Due to the unpredictable nature of this type of environment, along with the extensive variety of tasks, autonomous robots are unable to perform at an optimal level. A facility in Hanford, Washington, for example, uses a smart machine named MARS (The Mobile Arm Retrieval System) to clean up radioactive waste by remotely operating the robotic arm.

Robots offer great solutions for jobs that are repetitive in nature. Why? When workers repeat the same motion for long periods, it can lead to human error as well as increase the likelihood of a person sustaining an injury. These environments pose a threat to workers by exposing them to conditions like musculoskeletal disorders and repetitive strain injury (RSI). These disorders can mutate into long-term, even permanent, health issues. 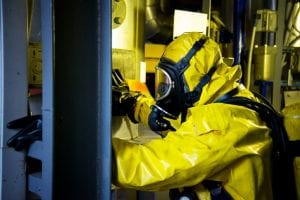 Musculoskeletal disorders lead to lost productivity, disability, absenteeism, increased health care, and worker’s compensation – which costs employers approximately $45 to $54 billion per year, according to the CDC. Thankfully, robots can sustain repetitive movements and remove workers from the dangers associated with this type of work. All they need is a little maintenance from time to time, and they’re ready to go!

Unsafe working environments, such as industrial manufacturing, can emit highly harmful toxins that are hazardous when inhaled by human workers. Some manufacturing processes also produce dangerous dust, fumes, and chemicals. When working in dusty, toxin-filled conditions, employees are vulnerable to being diagnosed with respiratory problems. Additionally, these workers have a greater chance of contracting life-threatening diseases, such as lung cancer.

Working in contaminated, confined spaces, like in the tank cleaning industry, can be extremely dangerous and lead to severe injury and death. Thus, the use of robotic tank cleaning in these environments can greatly improve the safety and well-being of workers.

Robots can be leveraged for a wide range of emergency response applications, including situations dealing with floods, wildfires, rescuing victims, and more.

Welding is an essential part of a variety of manufacturing environments, requiring professionals to carry out tasks involving the use of extremely hot temperatures. Welding is hazardous in many ways, like exposing workers to dangerous fumes. Through the use of robotics, intense heat, toxic fumes, noise, and other perils will no longer be a source of danger for workers. Rather than taking over these positions, robots are supplementing these roles, removing people from unsafe working conditions. Their human counterparts will still be operational, but from behind interlocking doors or safety fences, as they still play an integral part in the entire process. Their responsibilities include ensuring processes and workflows are carried out appropriately, inspecting the robots work for any errors, and checking that equipment is working properly.

While some jobs pose a greater risk to human health and safety, all workers deserve to be employed in an environment where they feel protected and out of harm’s way. With the use of robots, hazardous conditions are greatly reduced, helping prevent workers from unwanted health complications and even death.

How Robots Are Changing the Ways Industrial Cleaning is DoneIndustrial